As LTE networks become increasingly saturated, mobile network operators are planning for the 5G future. Here is what business professionals and mobile users need to know about 5G networks.With the advent of widespread Internet of Things (IoT) adoption in enterprise applications including manufacturing, agriculture, healthcare, and more—alongside an increasing dependence on smartphones and always-connected computers—the constraints of 4G LTE technology are prompting mobile network operators to embark on an accelerated rollout of 5G communications to keep pace with the network demands of today and the very near future.

This cheat sheet is an introduction to 5G mobile networks, the communication standards included in 5G, and the new types of devices that utilize 5G networks. The article will be updated periodically as new 5G technologies are standardized and network deployments commence.

5G refers to the fifth generation of mobile phone networks. Since the introduction of the first standardized mobile phone network in 1982, succeeding standards have been adopted and deployed approximately every nine years. GSM, the 2nd generation standard, was first deployed in 1992, while a variety of competing 3G standards began deployment in 2001. The popular 4G LTE standard was deployed by mobile network operators in 2010. Now, technology companies and mobile network operators are preparing their infrastructure and customers for the transition to 5G.

SEE: How 5G will transform business (ZDNet special report) | Download the report as a PDF(TechRepublic)

Principally, 5G refers to "5G NR (New Radio)," which is the standard adopted by 3GPP, an international cooperative responsible for the development of the 3G UMTS and 4G LTE standards. Other 5G technologies do exist. Verizon’s 5G TF network operates on 28 and 39 GHz frequencies, and is used only for fixed wireless internet service, not in smartphones. Verizon’s 5G TF deployments will be transitioned to 5G NR in the future. Additionally, 5G SIG was used by KT for a demonstration deployment during the 2018 Winter Olympics in Pyeongchang.

5G NR allows for networks to operate on a wide variety of frequencies, most notably recycling the frequencies vacated by decommissioning previous wireless communications networks. The 2G DCS frequency bands, the 3G E-GSM and PCS frequency bands, and the digital dividend of spectrum vacated by the transition to digital TV broadcasts are some of the bands available for use in 5G NR.

SEE: All of TechRepublic’s smart person’s guides and cheat sheets

5G standards divide frequencies into two groups: FR1 (450 MHz - 6 GHz) and FR2 (24 GHz - 52 GHz). Most early deployments will be in the FR1 space. Research is ongoing into using FR2 frequencies, which are also known as extremely high frequency (EHF) or millimeter wave (mmWave) frequencies. Discussions of the suitability of millimeter wave frequencies have been published in IEEE journals as far back as 2013.

While millimeter wave frequencies allow for faster data speeds, they do come with disadvantages. Because of the short distance of communication, millimeter wave networks have a much shorter range; for densely-populated areas, this requires deploying more base stations (conversely, this makes it well suited to densely-populated places such as arenas and stadiums). While this would be advantageous in certain use cases, it would be a poor fit for use in rural areas. Additionally, millimeter wave communication can be susceptible to atmospheric interference. Effects such as rain fade make it problematic for outdoor use, though even nearby foliage can disrupt a signal. Laboratory testing of early 5G modems for use in smartphones has brought thermal challenges to the forefront, as prototypes have experienced issues with generating excessive heat, which in turn depletes batteries faster.SEE: IT pro’s guide to the evolution and impact of 5G technology (free PDF) (TechRepublic)

It is vital to remember that 5G is not an incremental or backward-compatible update to existing mobile communications standards. It does not overlap with 4G standards like LTE or WiMAX, and it cannot be delivered to existing phones, tablets, or wireless modems by means of tower upgrades or software updates. Mobile network operators are deploying upgrades to their LTE infrastructure, including technologies like LTE Advanced and LTE Advanced Pro, which allow for download speeds over one gigabit on smartphones. While these are worthwhile and welcome advances, these are ultimately transitional 4G technologies and do not provide the full range of benefits of 5G NR. 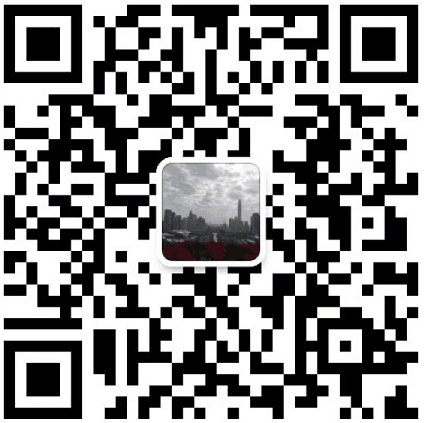